April 22, 2015
Explainers
Esther Griffin
Why is flying cheaper than getting the train?

Planes literally defy gravity to get us up into the air. Trains just chug along the ground, so why are trains so much pricier?

If you've ever tried to book a long weekend in London, or a trip to Paris or Cornwall, it probably didn’t escaped your notice that flying is very often the cheapest way to get to your chosen destination.

But trains can often be less stressful, more comfortable and take you closer to town centres than planes. And that's before we even get into the impact on the climate - a round trip from Edinburgh to London produces 87% less CO2 if you travel by train compared to a plane. So why is the cost so different?

There are a few reasons that trains are more expensive generally. Journey times are longer, meaning train companies have to pay their drivers, crew, and station and signal staff for more hours. And then there’s all the infrastructure costs. Maintaining train tracks, signals and junctions is expensive work, especially where tracks are old. Planes need only fly through the air. Of course the airplanes themselves need maintaining and repairs, but so do the trains.

On the plane side, budget airlines have done a lot to slash ticket prices in the last 30 years. They tend to fly to airports with cheaper landing fees, and have fewer staff on check-in desks and at gates. They also have faster turnaround times and more seats in each plane to maximise how many passengers they carry. Plus all their plane stock is the same, which saves on maintenance and training costs. And of course the food is pretty pricey!

But that doesn't explain why trains are so much more expensive in Britain compared to the rest of Europe. Commuters in Germany, France, Italy and Spain pay about a third as much as commuters in London, according to a recent TUC report. And the Campaign for Better Transport says that on average fares are 20% more expensive here than in Europe.

Commuters in Germany, France, Italy and Spain pay about a third as much as commuters in London

In essence, it comes down to the way the two industries are run in the UK.

Many suggest that the problems of rail fare hikes began back when the rail network was privatised in the early 1990s. One key problem is the conflicting interests of the rail companies. They are now in the service of two masters: the public interest and commercial aims. Some (mainly from the political left) believe that privatisation has led to higher costs, for example needing to pay a whole bunch of boards of directors rather than just one. In fact, research by the Transport for Quality of Life suggests that debt write offs, legal and admin costs, and dividend payments to private investors add up to £1bn in extra costs per year. With all of that behind the scenes, it’s easy to see why the cost of rail fares is so high.

Worst of both worlds

But it’s not quite that simple, because it’s not privatisation per se that’s the problem here - it's about the style of privatisation. The government subsidies paid to the rail industry mean that politicians are usually held responsible for fare rises and problems with the system. So rail companies have less incentive to really drive down prices since they won’t get the blame.

And because there is generally only one rail provider in each region, passengers cannot vote with their feet if they don’t like the service they’re getting. And what's more, very often people are totally dependent on the trains to get to work. We are beholden to them in a way that we are not with planes, so again companies have little incentive to make tickets cheaper.

On the public vs private issue, our railway system gets the worst of both worlds.

The industry as a whole is extremely complicated and fragmented, and the process by which companies bid for the franchise in each region is long and costly. This leads to serious inefficiencies in the system - the Campaign for Better Transport reckons it’s about 40% less efficient that European rail networks. And it’s the passengers that lose out.

So on the public vs private issue, our railway system gets the worst of both worlds. Not so for the planes. An old agreement means that airlines don’t have to pay fuel duty, and there's no VAT on tickets. That adds up to an industry-wide saving of something in the order of £10 billion per year! That is a lot of money, a lot more than the annual £4bn government rail subsidy.

All this is really just scratching the surface. Transport is a big and complicated industry, with lots of hidden surprises and costs, and it needs reform to make train tickets more affordable. So why not get involved to make it happen - why not see if there's a local commuter group near you. Or the Campaign for Better Transport  has a lot of sensible things to say about the whole transport industry, and ways you can help build it better. 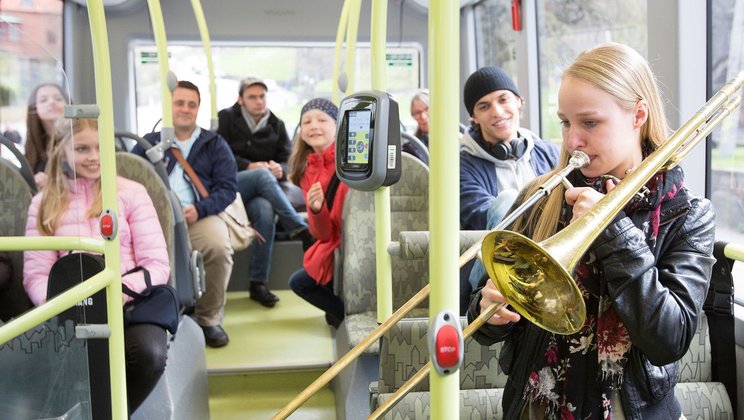