In 2015, a bunch of world leaders got together at the UN Climate Talks. 177 countries signed up to tackle climate change by seriously cutting their carbon emissions.

Among those countries was America - until this week. Yesterday Donald Trump pulled the US out of the agreement.

The US is a big offender when it comes to carbon emissions. So this is bad news, and could undo all the progress America has made tackling climate change in the last few years.

But whatever Trump might think, he can’t hold back the tide. Here are ten amazing things Americans are doing to tackle climate change.

When Detroit was hit with a $4m streetlight bill it couldn’t pay, the company that owned the streetlights came and dug up the lampposts from poorer residential areas like Highland Park. Enter “Soulardarity” who set to crowdfunding for solar powered street lights and working with locals to build them in the best places. So far they’ve installed over 50 street lights, with 100 more on order.

Solar has seen a massive rise in America. Solar installers put up a set of solar panels in the US every 2.5 minutes. Today, solar panel sales are 30 times what they were nine years ago, and still growing. Solar employs 43% of the people who work in energy jobs, compared to a measly 22% who work in fossil fuels. That’s also more people than Apple, Google and Facebook combined.

3. America’s first offshore wind farm has generated so much power, they’ve shut down a diesel plant

Block Island, Rhode Island, became the first place in the US to be powered by an offshore wind farm back in December. It’s 2000 residents are already reaping the rewards. Electricity bills are a whopping five times cheaper than before. And the wind farm is generating so much energy, it’s eliminated the need for a power plant that was burning one million gallons of dirty diesel every year.

Between 2004 and 2015, Americans cut their beef eating by nearly a fifth. They’re also eating less pork and more greens. Researchers have worked out the pollution saved from all the dietary changes is the equivalent to 57 million cars on the road - and serious-climate-offender beef is a huge part of that.

5. If you live in Hawaii, you can buy solar power at night

Hawaii has just switched on a giant solar park and battery combo. The panels produce electricity during the day, which the batteries store to use in the evenings. It’s cheaper than diesel, and half what customers usually pay for their power in the state. There’s quite a bit of solar in Hawaii already (replacing dirty and expensive oil), so the batteries are a great way to smooth out peaks in electricity production.

6. New Orleans has become one of the US’s leading cities for cycling 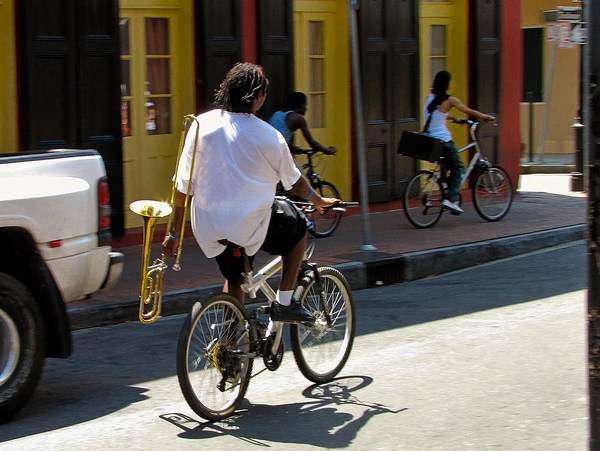 And hardly anyone has noticed! About 1 in 30 people now cycle to work, double what it was ten years ago. The city has invested loads in cycle infrastructure, and their latest project is a connected, all-ages cycle lanes through an area where many people are already biking - the one of the US’s first well-connected low-stress biking networks.

Last year Google bought 44% of their power from wind and solar. This year they’re going the whole hog - all of their data centres and offices of 60,000 staff will be 100% powered by renewables. Tech companies now make up something like 2% of global carbon emissions, so Google really are leading the way. 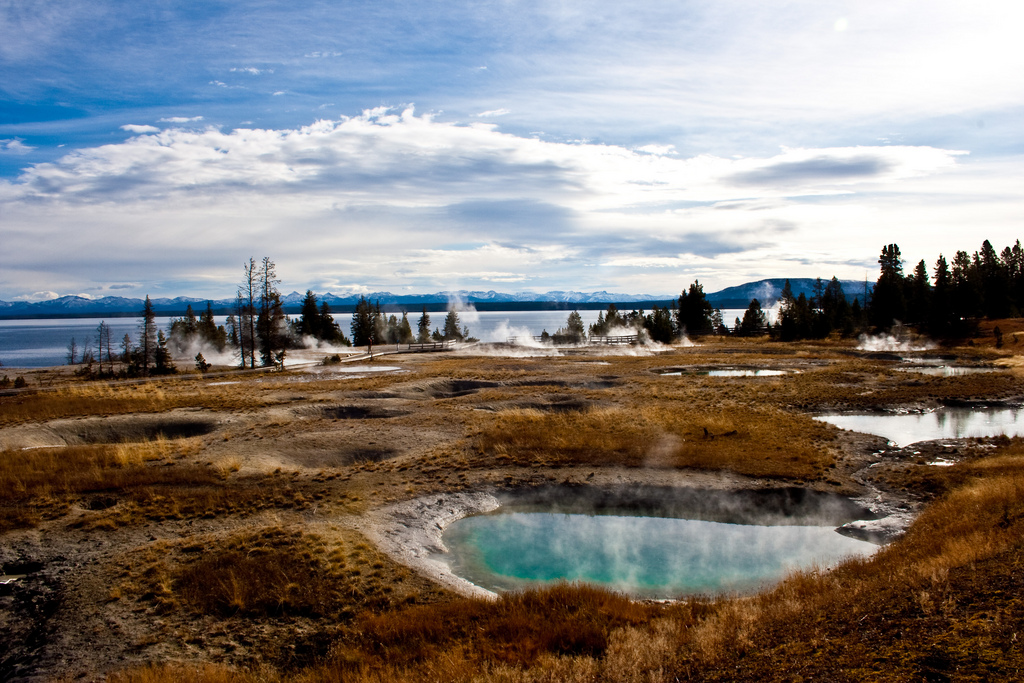 To encourage people to travel by electric car, Yellowstone have installed tonnes of charging points around the park, available  to visitors free of charge. They’re also replacing their old cars with jazzy efficient vehicles, hybrid cars and even the odd electric bike.

In their buildings, they are taking some simple, practical carbon cutting steps like replacing their light bulbs with LEDs, efficiently scheduling the times to switch the boiler on and, crucially for Americans, installing energy efficient coffee machines.

With LED lighting, energy efficient appliances and 215 solar panels, these 20 eco-green apartments are reaching net-zero energy usage. Not only are these apartments helping residents reduce their carbon footprint, they’re also saving each apartment approximately $400 a year.

10. “America’s dirtiest city” is cleaning up its act!

When the ‘most trusted man in America’, Walter Cronkite, labels somewhere ‘the dirtiest city in America’, there’s probably good reason. But Chattanooga, Tennessee has done a lot to throw off this old label. By prioritising electric buses and bike-sharing it's brought about real improvements in its air quality. And with an electric car sharing service on the cards, this transformation looks set to continue.