As the sun was just starting to rise, at 7am this morning 20 1010ers gathered in Parliament Square. 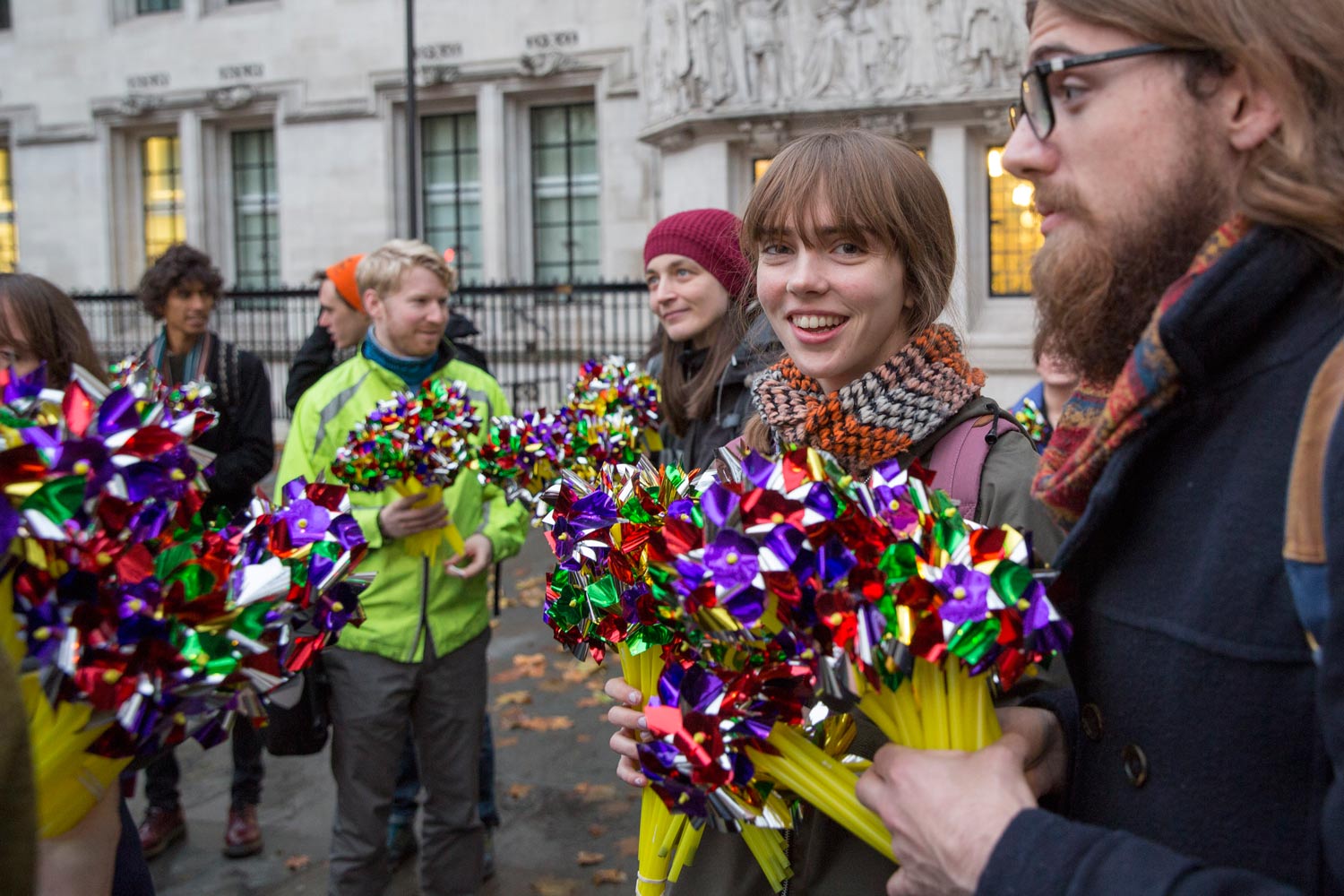 Armed with 1000 shiny pinwheels on yellow straws, we set to work. It took us just 15 minutes to cover the whole grassy area in little windmills. 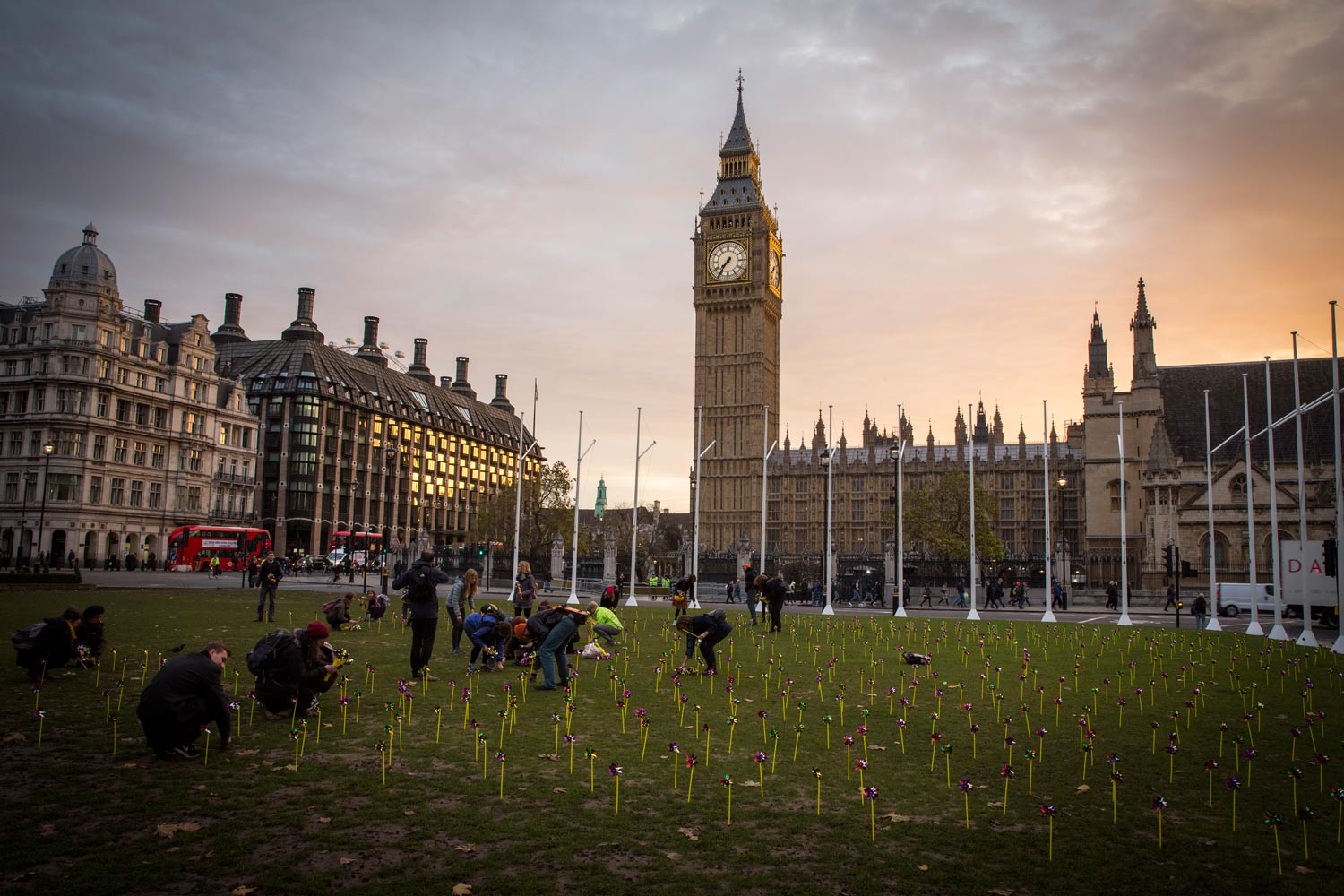 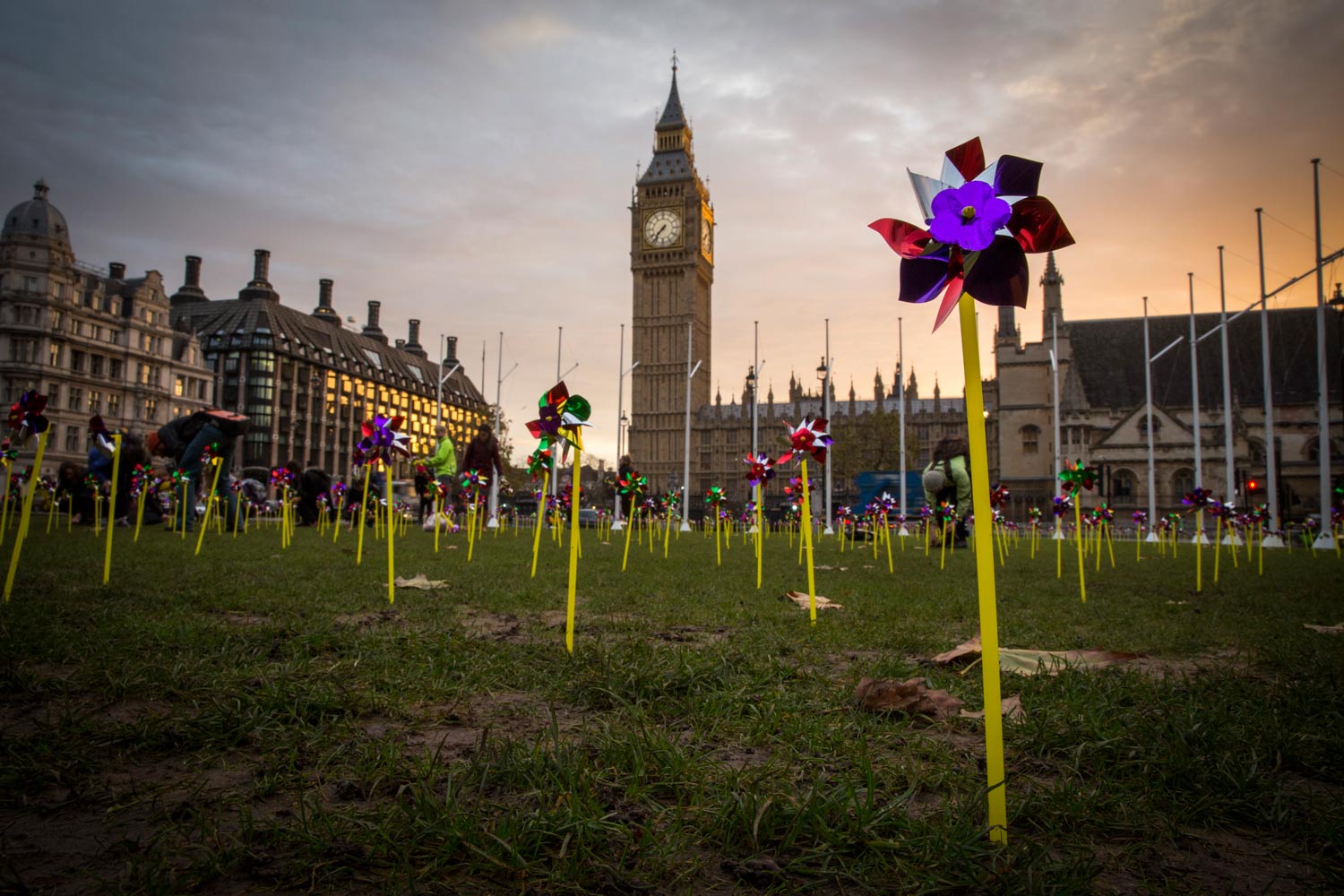 The government has removed financial support and thrown up new planning barriers, all to stop onshore wind in its tracks. At the same time they’ve handed millions of pounds worth of public money to dirty fossil fuels. The pinwheels represent the lost onshore wind turbines that can’t be built. 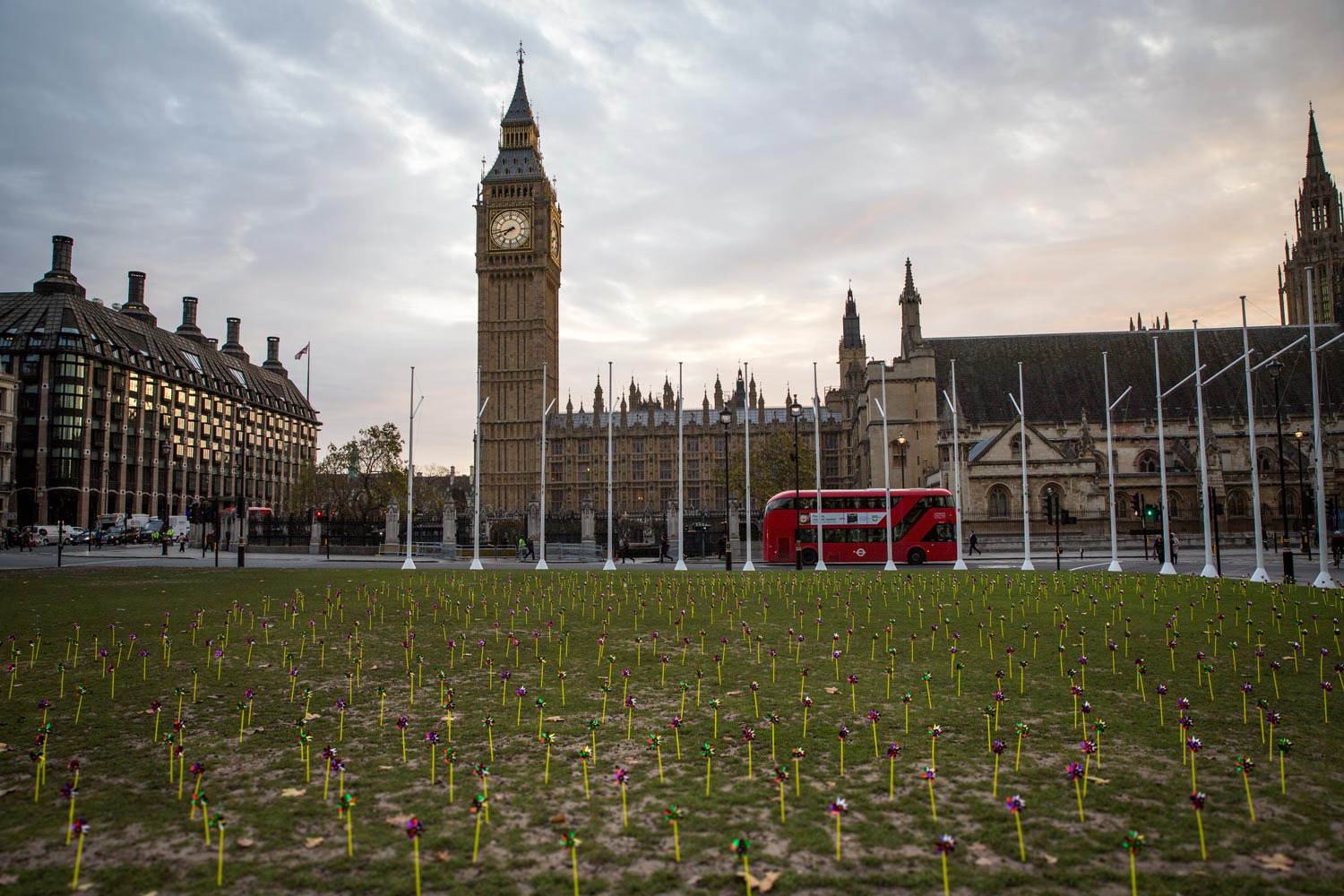 But it wasn’t just 20 of us standing up for onshore wind. We headed round the corner to the Treasury to deliver a petition signed by 18,000 of you demanding that the government financially supports onshore wind power, so it can compete fairly with other electricity sources. The nice people who met us got a bouquet of pinwheels too. 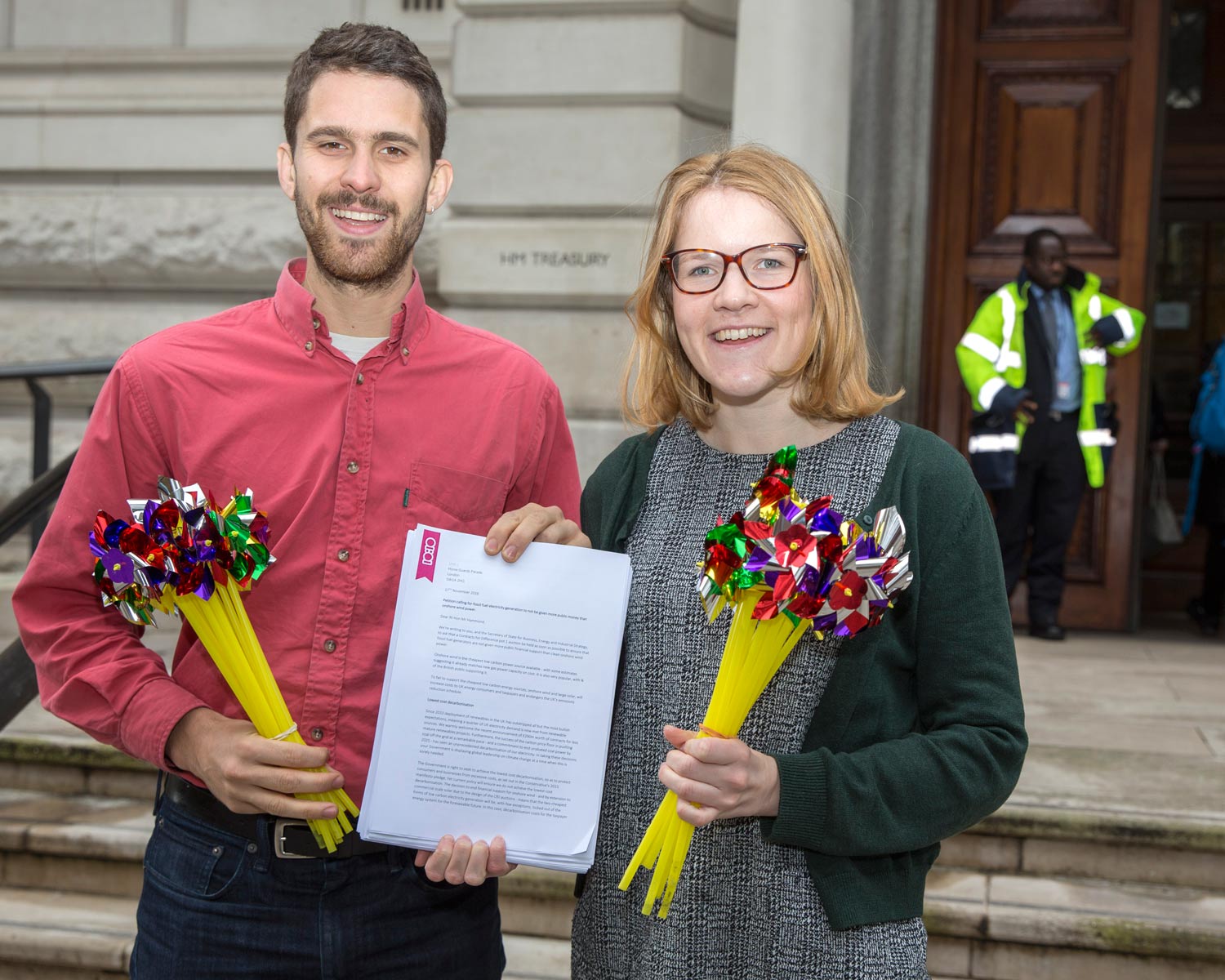 But the fight is a long way from over. We have to make sure the government listen, and we have to tackle all the other barriers currently being put in the way of onshore wind. We know onshore wind is the cheapest option we have for cleaning up our electricity supply, and the public love it.

So it’s time to get to work. Sign up to Blown Away campaign to keep up to date.