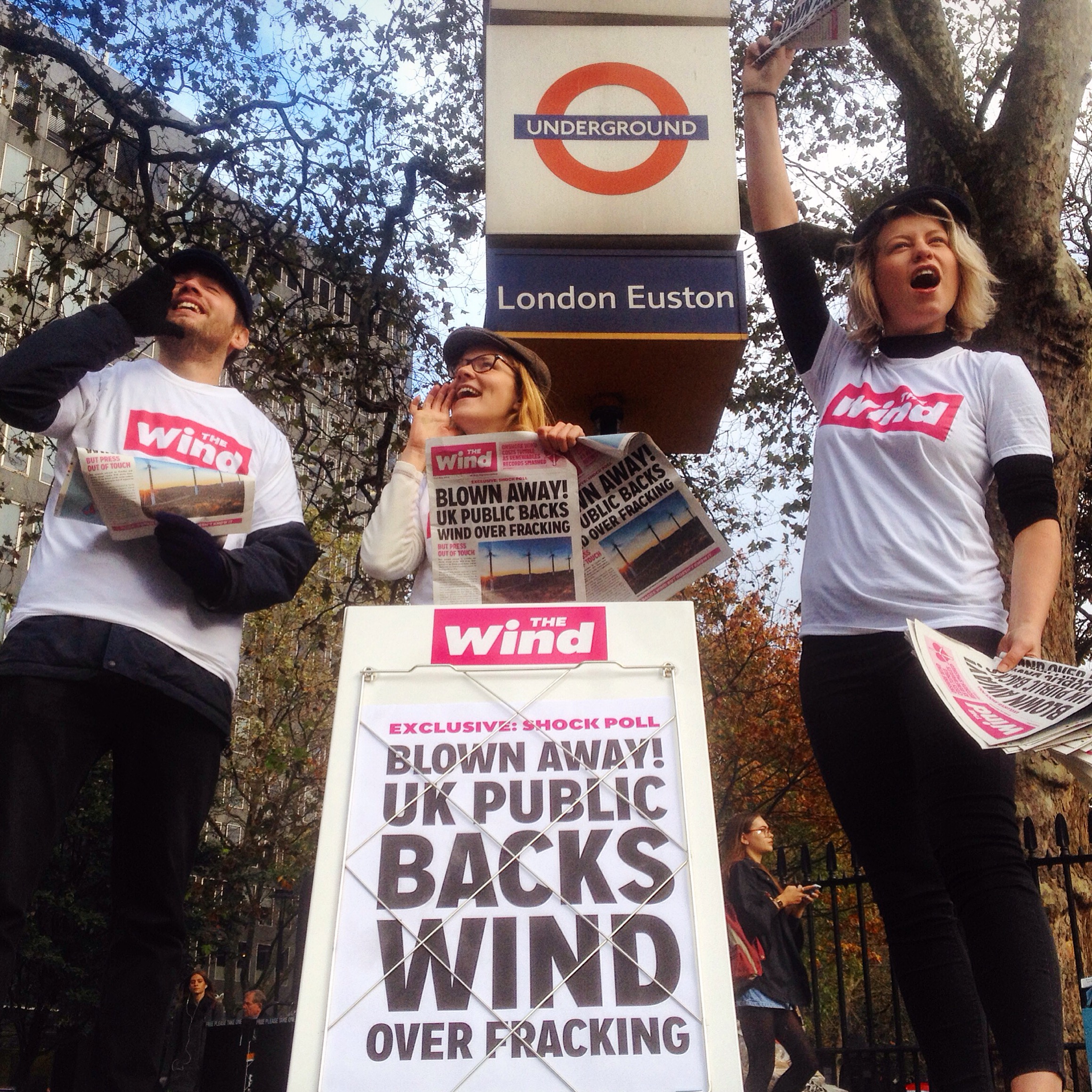 Commuters heading into work this morning had something a little different to pass the time on the buses and trains.

Today we released our newspaper The Wind and kicked off our new campaign Blown Away. If you were passing through Edinburgh, Manchester or London this morning, you might have spotted us in bright blue t shirts and flat caps. If not, you can read all about it(!) here. 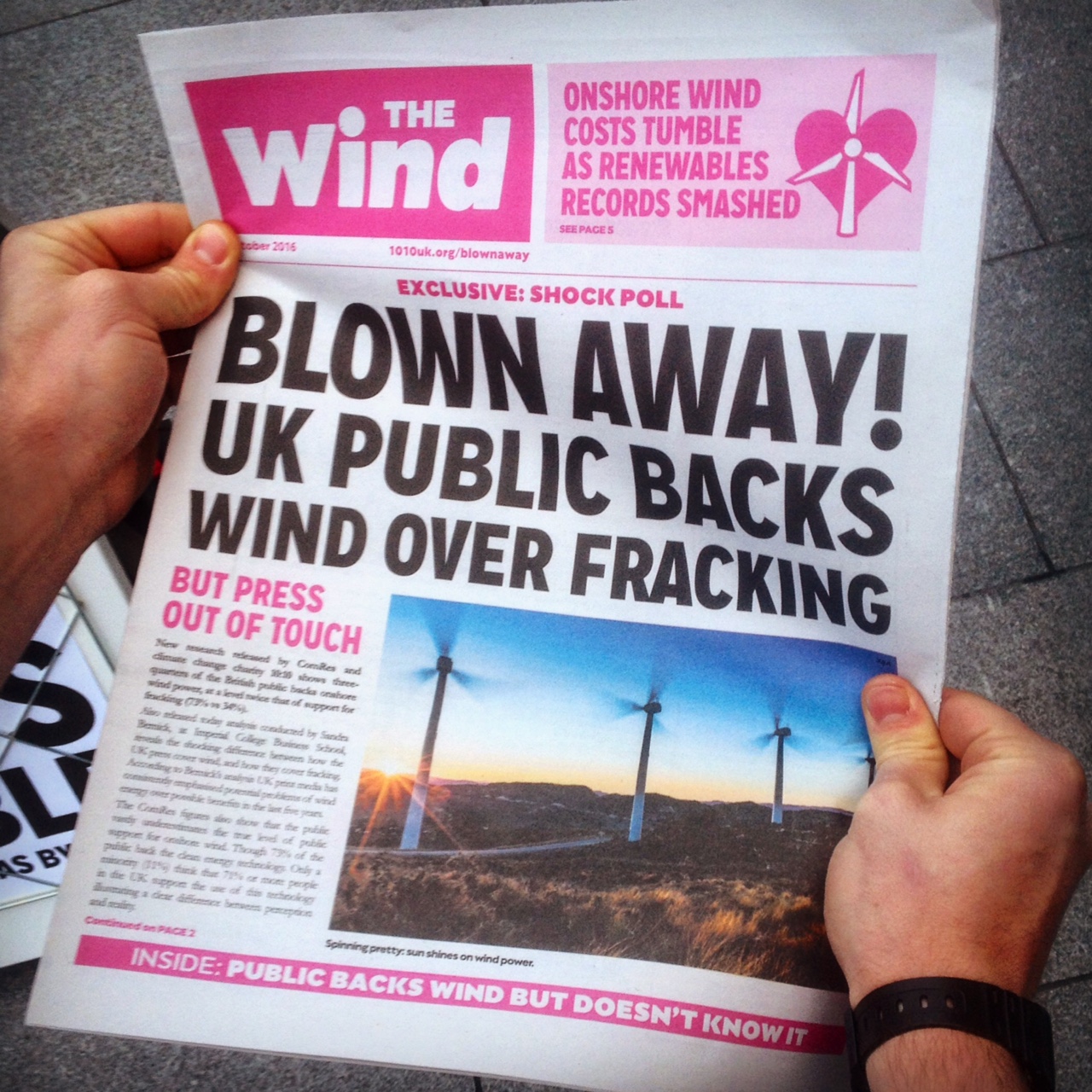 Front page news in The Wind (which is a pretend newspaper- 10:10 isn’t ditching climate change for journalism!) is our new research on wind. We found that we Brits absolutely love onshore wind power - 73% of us back it. That’s over double the number who support fracking.

Our research also found that the press are seriously out of touch - consistently reporting the negatives of wind power in their editorials and comment pieces. No wonder the average person thinks only 42% support wind. 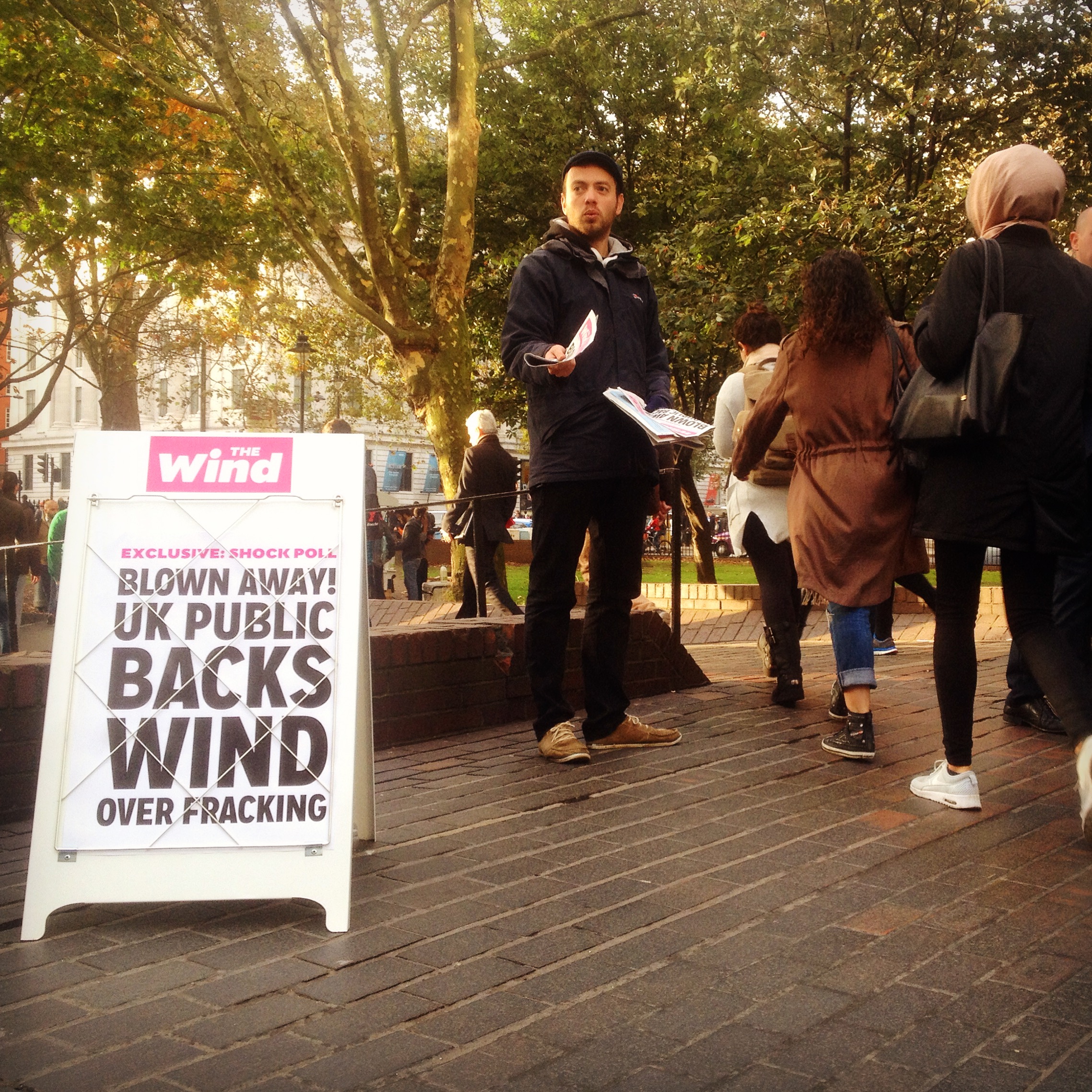 The Wind also contains a few recent windy stories, and some letters and lonely hearts ads that are well worth a read!

With The Wind we’re kicking off our Blown Away campaign - celebrating onshore wind power and making sure it stays the star of UK carbon cutting.

Sign up and we’ll keep you posted on more things you can do to back wind.