The government has just announced swathing cuts to support for solar power. If you install solar panels after March next year you will no longer get the ‘export tariff’ which pays you for the surplus power you export to the grid for use by others. Instead, in effect, you’ll be forced to donate the power to the energy companies for them to sell on.

People with solar will be left empty handed. If you’ll pardon the pun, it’s quite literally daylight robbery.

This is so unfair. But the good news is solar power is the public’s favourite energy source, by miles. If we all stand up for solar, we can fix this.

Write to your MP now

The story so far

We need to take action on climate change - now.

This summer’s heat waves, forest fires and hurricanes tell us one thing: climate change is happening all around us - with disastrous consequences. Scientists from the IPCC (that’s the International Panel on Climate Change - one of the biggest science projects ever) have just told us that we have just years to take big bold action in order to prevent the most severe effects of climate change.

It’ll take masses of work, money and lifestyle changes. One thing we will definitely need is zero carbon electricity - with renewable energy like solar power playing a big part.

Solar is the nation’s favourite energy source. In the government’s latest public attitudes survey, they found 87% of us support solar (that’s an all time record by the way!).

We also know that people are keen to install solar in their homes. Some 850,000 homes already have solar on - not to mention 1000 schools, 30,000 businesses and 85% of local authorities (pdf). And a Client Earth poll recently found that 62% of individuals who don’t have solar yet are keen to install their own panels. 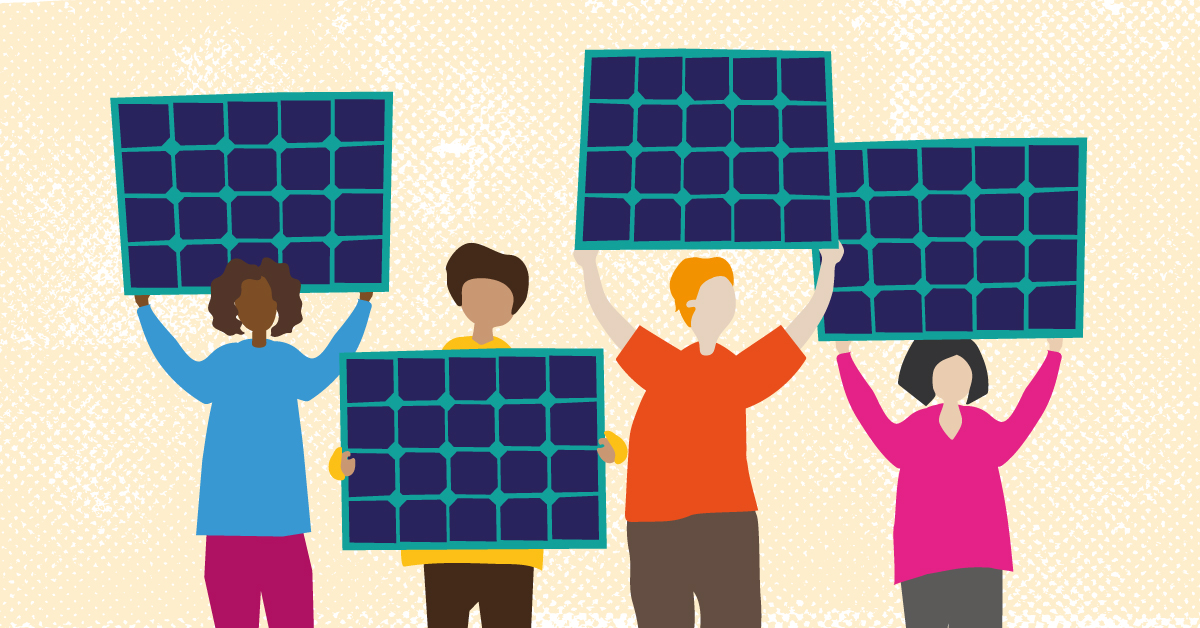 The government does not love solar power

Despite all this, the government has spent the last few years slashing support for solar wherever it can.

Back in 2015, the government cut the support for small-scale solar by two thirds. They’ve shut solar out of competitive auctions for long term clean power contracts. They’ve removed investment tax breaks for community solar. And they’ve hiked up tax rates for schools and businesses that have already installed solar.

Incredibly, they are now planning to end the guarantee that people will be paid for the surplus energy their solar panels produce that is exported locally to be used by other people.

Right now, homes that have solar installed are guaranteed a fair price by the government for energy they generate but don’t use. This is called the export tariff. It’s a bit like how if you were a farmer and you sold the food you don’t eat yourself to other people to eat instead, they’d pay you for it. It’s just fair.

The government’s plan to end the export tariff means that if you install solar after March 2019, the energy your solar panels produce which you don’t use will flow into the grid. It’ll be used by others - but you won’t be paid for it. The people who end up using your solar energy won’t pay you, they’ll pay their energy company.

So essentially, your solar energy will be donated to the energy companies. Which seems reasonable, since those guys are really strapped for cash. Solar households, businesses and communities would be the only people in the entire energy system that produce energy for other people to use - but don’t get paid for it.

The export tariff is a payment for something people need, it isn’t a subsidy, and it doesn’t increase energy bills. The government currently does offer a subsidy on top of the export tariff to encourage people to install solar. It’s called the Feed-in tariff. Together, these policies are one of the major reasons we’ve seen solar take off in the UK in the last decade. The government slashed the Feed-in tariff back in 2015. Now, they’re planning to cut it completely at exactly the same time as removing the export tariff. It’s a classic one-two punch (just what we needed).

We can’t let the government treat UK solar - and the British public - like this, just when we need to see solar ramping up.

Cutting payments to solar homes for the power they don’t use is incredibly unfair. It’s quite literally daylight robbery.

If you’re one of the 87% of Brits who support solar, you need to make sure your voice is heard. We’re gathering a movement of solar supporters to tell our MPs this plan has to change.

Write to your MP now

PS. We’ve written a more technical briefing on our campaign - do have a read if you are interested.