October 20, 2016
Esther Griffin
Seven things people say about wind turbines (and what to say in reply)

Weighing up the costs of different energy technologies can be a slippery business. People will give you a price, but they might not always include everything. You want to look out for something called “levelised cost of electricity” which takes into account stuff like upfront development expenses, debt finance, and how much it’ll take to operate and maintain the things.

10:10’s in-house energy boffins are big fans of the way Bloomberg New Energy Finance do it. They use levelised cost of electricity and they take into account the costs of climate change too. Using those calculations, they’ve been saying onshore wind is the cheapest electricity generation technology out there for over a year.

Even if you don’t take the costs of climate change into account (though that seems a bit stupid to us…) most people still think it’ll be beating gas in a few years. Costs of onshore wind have more than halved in real terms since the first commercial turbines were erected back in the early 1990s. And they are still tumbling.

If you’re worried about birds, you should be worried about climate change, not wind turbines. That’s one of the reasons the RSPB built a turbine at their HQ.

Wind turbines do kill birds. And bats. But before you swallow the Daily Mail’s claim that wind turbines kill 22 million birds a year, or Donald Trump’s line that wind power is killing ALL OF THE EAGLES (all of the eagles), it’s worth doing some fact-checking.

According to the Centre for Sustainable Energy, wind turbines are responsible for less than 0.01% of avian mortality caused by humans. It might be hard to hear, but British cats kill around 55 million birds a year and that’s before we get into the other things we humans make - windows, roads, chicken nuggets, climate change...

For another comparison, a study in 2013 looked at birds in the USA and worked out that whereas wind farms killed 20,000 birds there in 2009, fossil fuelled power plants killed more than 14 million (check out this ace Carbon Brief overview for deets).

According to the RSPB, wind turbines can harm birds in three possible ways – disturbance, habitat loss (both direct and/or indirect) and collision. We should be aware of all of these issues. The main point the RSPB stress, however, is that climate change is the biggest threat to birds, and wind is part of the the solution. The trick - which the Bat Conservation Trust would also argue - is to do wind well. For their own turbine, the RSPB did three years of breeding and wintering bird surveys as well as surveying bat populations to make sure they wouldn’t harm the wildlife in their nature reserve or local area. 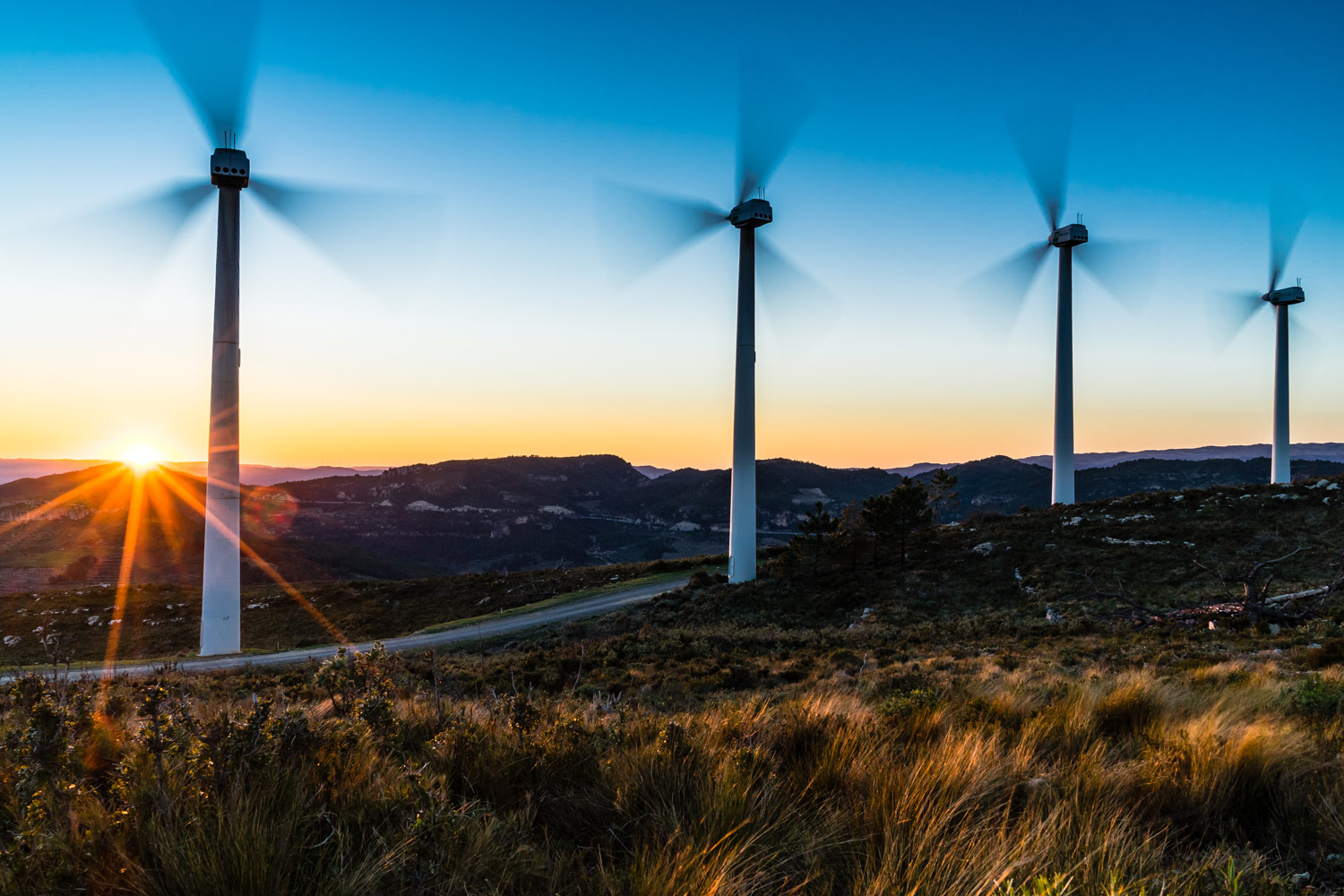 Aesthetics are a personal thing. It’s fine if you don’t like the way wind turbines look. But don’t assume everyone thinks the same way.

In fact, polling found 66% of UK public find look of onshore wind farms acceptable. It’s normal to like wind power. Many people find them very beautiful - proud, strong and elegant, little glimmers of hope on the horizon. Some people have even made wind turbines into art.

It’s understandable that people who know and love an area are used to the way it looks and find a load of wind turbines popping up a bit of an imposition. This is one of the reasons why 10:10 supports the involvement of local people in planning processes - we’d say the same for solar farms as well as offshore and onshore wind, any bit of new energy infrastructure needs to involve the people who’ll live near it.

It’s also understandable that we want to keep some views wild, or at least kept within a vision of the countryside which we are used to (e.g. fields with sheep in them). Again, we think this is why onshore wind needs to be done well - with thought over where it is placed and with involvement of local people. The main point we'd make, however, is that if you're worried about conservation, climate change is the greatest threat. And wind power is one of the key solutions we have available to tackle climate change.

4. Yeah, but no one wants one in their backyard.

You might be surprised by how popular onshore wind is.

Co-op Energy polls people to ask how likely it’d be that they support a wind turbine being built within two miles of their home. And they still get a majority of people saying yeah, they’d likely support it (52%, in contrast to 19% saying it’d be unlikely they’d support it).

What’s more telling, perhaps, is research of people who actually do live near wind larger wind farms (pdf) which found they feel it has had a positive impact on the area. Or to put it another way, if you do have a wind turbine in your backyard, you probably like it.

Something else that’s interesting about the Co-op Energy poling is that they also ask how likely people would be to support local renewable energy projects if they were owned and controlled by the community, with the profits benefitting the community. Then the 52% goes up to 61%. Unlike a lot of other energy options - notably nuclear or oil - it’s pretty straightforward for communities to own their own wind power. If only the government would let us build them... 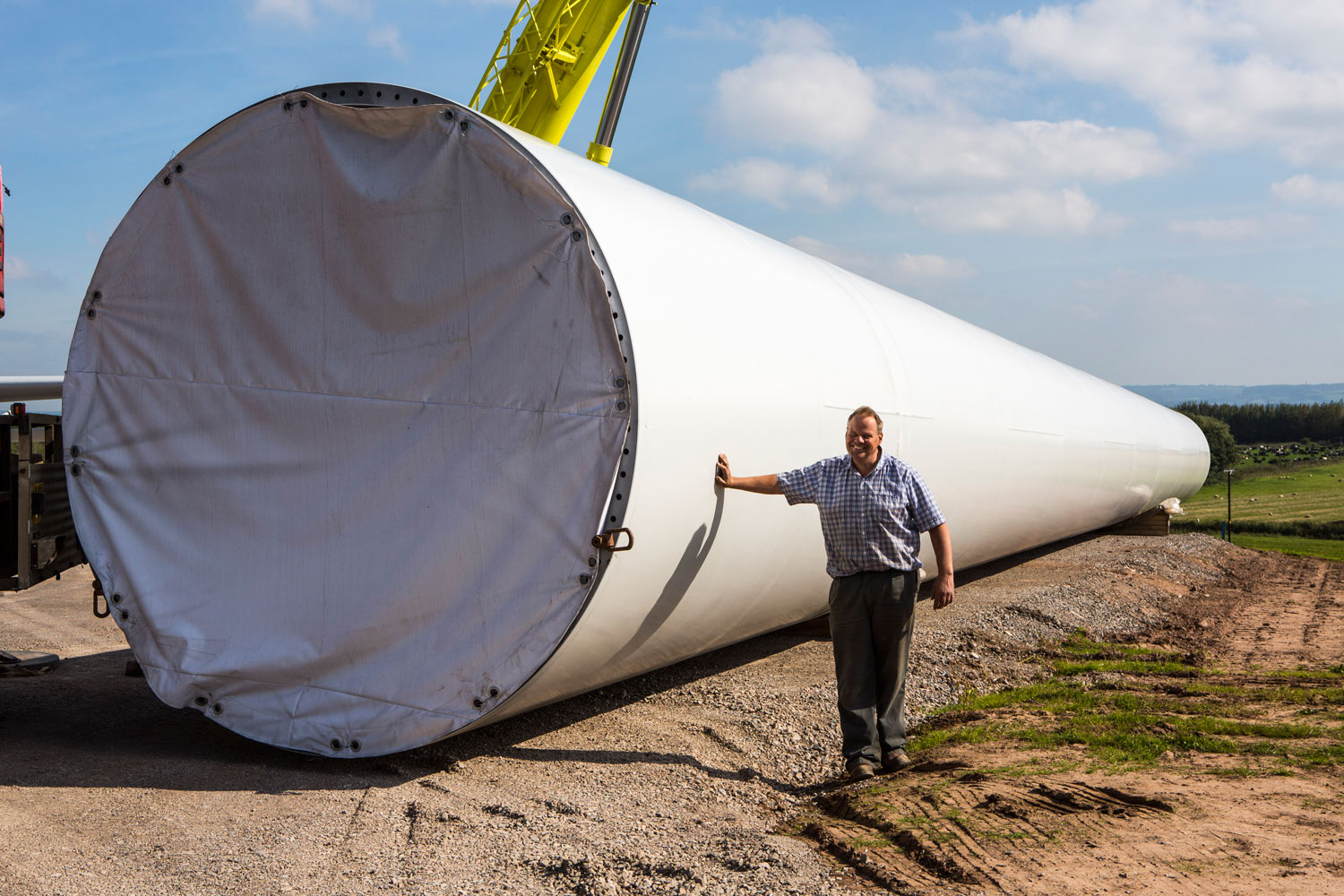 Wind turbines do make some noise. But modern turbines are designed to minimise noise, and we have regulations about where turbines can be placed. General Electric say that, unless you’re up close, it shouldn’t be much more than a refrigerator’s hum.

Wind turbines rely on mechanical movement of blades through the air, and this inevitably creates some noise. But if you’re designing a wind turbine, you don’t want to loose all that energy to noise - it’d be a waste. Canny designers have made more efficient blades and  gear mechanisms which are a lot quieter.

As the Centre for Sustainable Energy argue, the research on people disturbed by wind power is pretty small, partly because the number of people who say they are continually disturbed is pretty small. Still, the research that has been done does suggest that wind farm noise isn’t any higher than normal background noise you’d get from other things around a house.

Being able to see the wind farm seems to make an impact, so it may well be a visual problem rather than an aural one. Interestingly, research on wind farms in the Netherlands  suggests that people are less likely to worry about the noise if they have a direct financial stake in the turbines.

6. They don’t work. Or they work too well and make the grid crash.

The poor wind turbines can’t do right for doing wrong. According to some they either don’t work, but others complain they work too well and cause problems. Luckily, the truth is that neither is true.

Let’s deal with the not working bit first. In 2015, wind power generated 11% of the UK’s electricity (5.8% from onshore wind and 5.2% from offshore wind). That’s enough electricity to power 30% of the UK’s homes. In December, wind went and one-upped itself - providing 17% of Britain’s electricity - those dark, cold (and evidently windy) days when we need power most.

And it’s not just here in windy Blighty: it’s estimated that wind will be providing a fifth of our global power needs by 2030. So we think it works.

But does it work too well? Some have suggested that windy days could send turbines into overdrive and cause problems for our electricity grid. Well firstly, believe it or not, we’re pretty good at predicting the weather these days. We can plan for wind generation with a high level of certainty. But, of course there will be some unpredictability. Right now, the relatively small amount of wind energy we have means that that variation is manageable within the current systems used by the National Grid. It’s worth remembering that wind isn’t the only thing that causes variations - think unexpected power cuts, or sudden power surges when we all boil the kettle post Bake Off. As more wind comes online, we can use demand management, interconnection (linking up with other parts of the country or other countries) and energy storage to help us manage. It will need a bit of thinking but it’s well within our capabilities, and something we need to do as we move towards a cleaner, smarter, more efficient energy system of the future.

7. They're bad for your health

The health risks of wind turbines have been grossly overstated. As with a lot of these things, if you’re worried about public health, you should be focused on climate change, not wind turbines.

It’s reasonable that people should worry about the health impacts of a new technology. But it’s also important to check that these health impacts are real, not made up. Else you are scaremongering, which in itself can make people ill.

A study by Public Health Wales in 2013 concluded there was no evidence to suggest that noise from wind turbines has a direct physiological impact on health. They do, however, emphasise that the notion of ‘annoyance’ is pretty subjective and difficult to measure. Just because they aren’t bad for your health doesn’t mean everyone loves them.

Simon Chapman, Professor of Public Health at the university of Sydney's done some digging on so-called wind turbine syndrome - that the noise of wind farms might cause a range of problems from heart disease to tinnitus, vertigo or panic attacks. He argues that anxiety and fear about wind turbines is being spread about by anti-wind farm groups, which in itself is causing some people to feel those symptoms. Or to put it another way, protests against wind farms make you ill, not wind farms themselves.

More seriously, there is something known as ‘shadow flicker’ which can affect people with autism or epilepsy. Shadows caused by moving turbine blade can cause a flicker effect through windows and doors where the contrast between light and shade is most noticeable. But the people who build wind farms are a clever lot, and they know how to avoid this problem. UK planning regulations stipulate that shadow flicker should be considered - so you put the turbines in places that won't hurt people. This, plus the size and speed of modern turbines mean shadow flicker isn’t a medical risk.

Blown away by the power of the wind? Sign up to keep up to date on more ways you can back onshore wind.