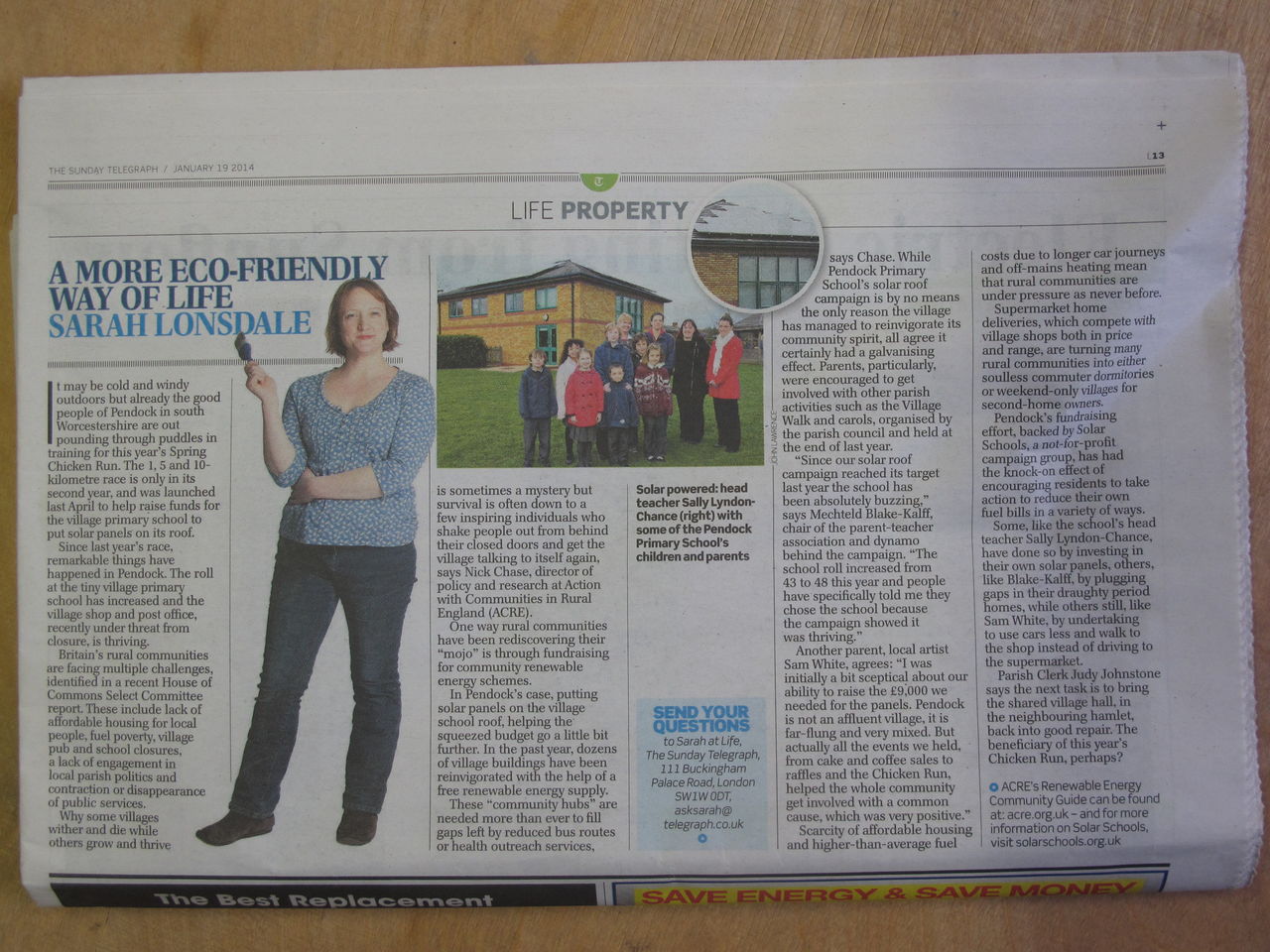 So it seems the team Pendock Primary in Worcestershire are no longer the Hidden Heroes they once were! While flicking through the Sunday papers this weekend, you might just have spotted them getting some highly deserved kudos in the Telegraph.

After their phenomenal fundraising success last year - raising a massive £9000 with only 43 pupils to their name - it's no surprise that Pendock Primary have got people talking. But it wasn't their (undeniably attractive) panels that really caught journalist Sarah Lonsdale's attention, it was the impact the project has had on the school and community as a whole. From "re-invigorating [their] community spirit" to "encouraging residents to take action to reduce their own fuel bills", in the tiny village of Pendock, their Solar Schools project has resulted in a legacy to be seriously proud of.

And Pendock aren't the only ones. We hear from so many of our schools that the impact of the project goes well beyond the PV they originally set their hearts on.

With the government's Community Energy Strategy due out next week, Pendock and their fellow Solar Schools are incredible examples of the kind of impact a local renewable project can have. Here's hoping loads more communities receive the support and advice they need to install community owned renewables on all kinds of building and spaces.