UK’s homes are some of the leakiest in Europe – we spend a small fortune each winter on heat which simply escapes through our windows, doors, walls and floors.

When the energy geeks at the Association for the Conservation of Energy compared British homes to those in ten other similar European countries, they found we had the most leaky windows, and the second leakiest floors.

This is a massive issue if we’re going to tackle climate change. Heating amounts to about a third of UK greenhouse gas emissions, and about half of that is used heating space and water in homes.

88% of the heat in our homes comes from fossil fuelled boilers. 7% is electric (which could be renewable powered from the National Grid, but could be gas or coal too). If we’re going to kick our fossil fuel habit, we need to get smarter about heating. 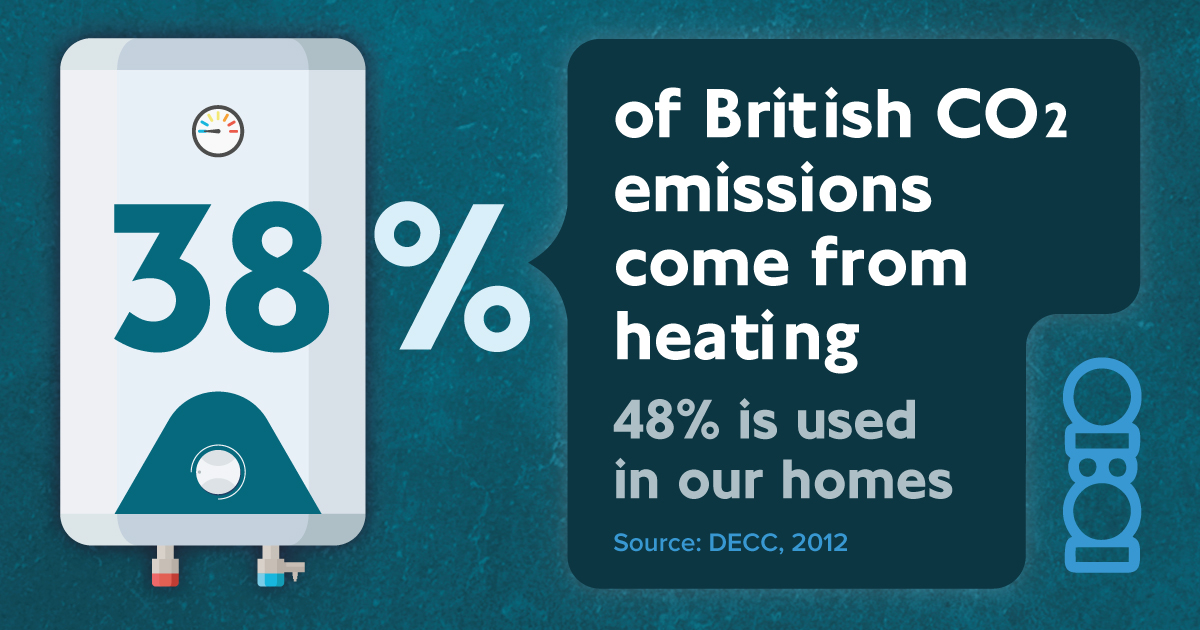 All that wasted energy is a huge economic and health problem too. The National Children's Bureau estimate 3.8 million children in England live in families that are struggling to pay their energy bills. The UK government’s own statistics say a little of 10% of English households are living in fuel poverty.

According to latest EU data, 7.8% of Brits say they can’t keep their home adequately warm. We compared this with countries who have bits of them in the actual Arctic and it turns out 1.7% of people in Finland have that problem, 1.4% in Iceland, 0.9% in Sweden and 0.4% in Norway. 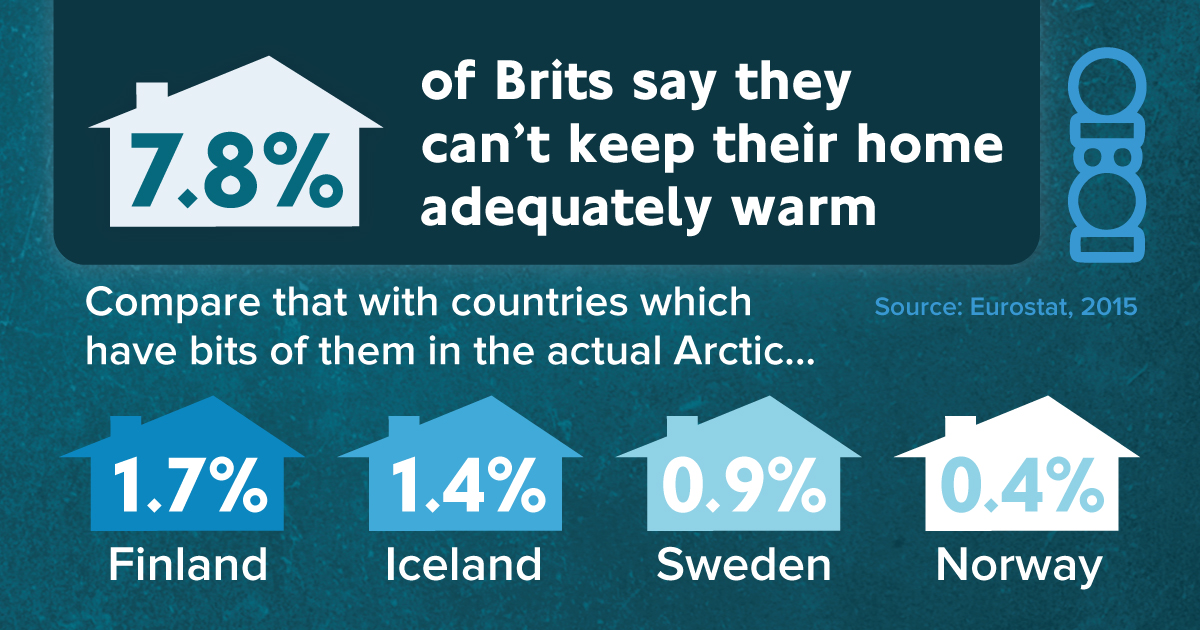 The government has a legal target to use energy efficiency measures to lift homes out of fuel poverty by 2030. But fuel poverty charity National Energy Action say current progress is so slow that target still won’t be met until babies born this winter reach their 80th birthday.

Latest government statistics suggest there were over 24,000 excess winter deaths last year. The Energy Bill Revolution campaign crunched the data for 2010-2015 and estimate that a bit under a third of these deaths are due to people living in cold homes. In 2013, cold homes killed over four times as many people as road and rail accidents and about as many people as alcohol. In terms of number of deaths, cold homes were thirty times more lethal than fire.

Last year’s winter death figures are slightly lower than the year before, partly because it was a warmer winter than normal, and partly because the type of flu around that year usually hit younger people. It is not, sadly, because Britain went on a mass insulation binge. But that could change. Helping our homes conserve heat is a no-brainer. It’s an easy way to cut carbon, it’ll save us money and it’ll improve the nation’s health.