Cycling has become wheely popular in recent years (*groan*). More than two million people cycle at least once a week in the UK. In London bikes make up a quarter of all vehicles in the morning rush hour, and in Cambridge 29% of people commute to work on their bikes.

Despite the impressive numbers, the rest of Europe is streets ahead of the UK. 43% of people in the Netherlands cycle daily, as do 30% of Danish people and 29% of Fins.

One thing that really helps is decent cycle paths. Things have definitely been improving on that front in Britain with protected or segregated bike lanes becoming more and more common. But there are some even cooler ones out there: here are five of our favourites.

1. The pink one. Auckland, New Zealand. 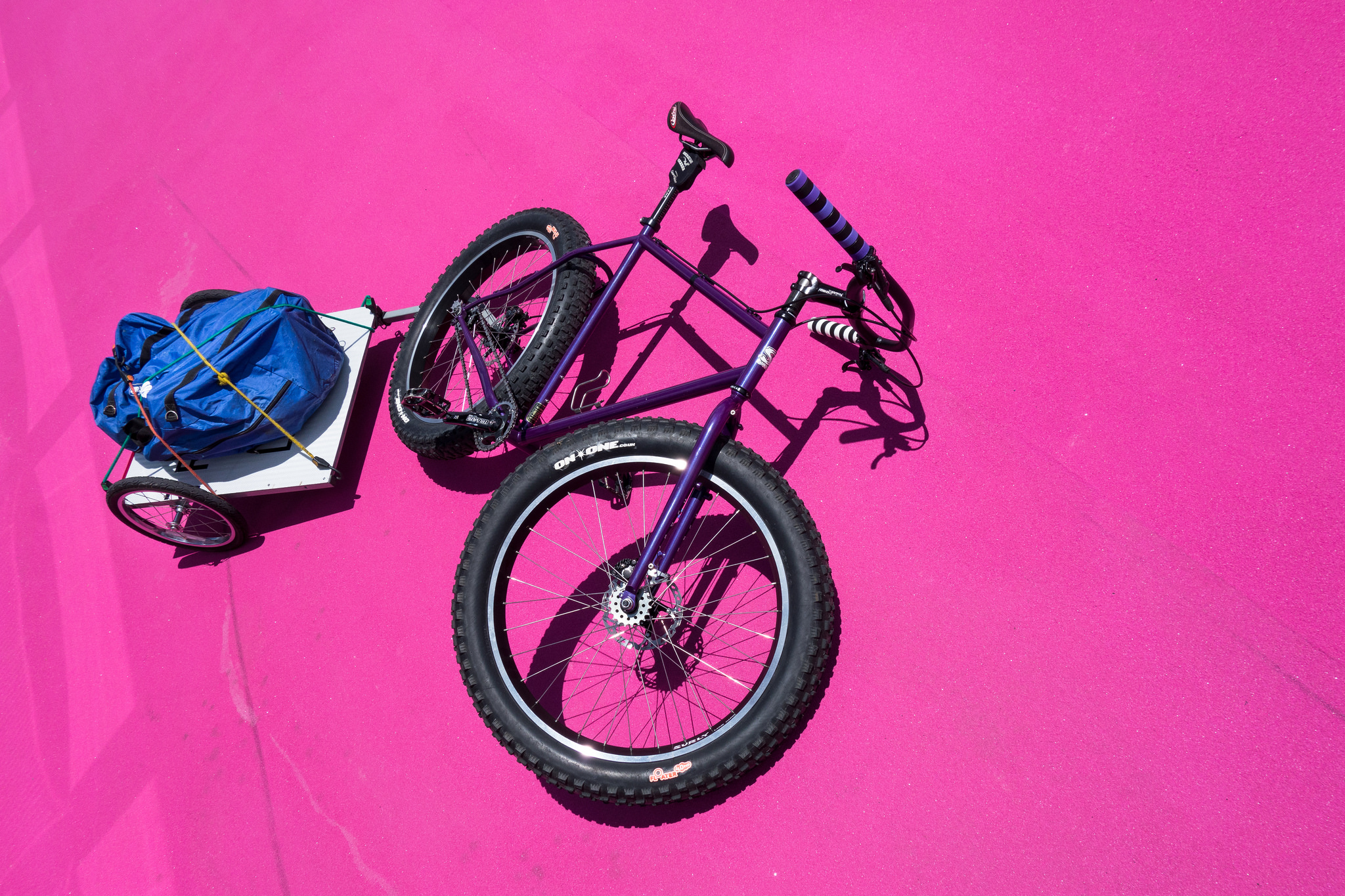 Auckland wanted a safe path across a scary motorway junction, and a way to join up the western side of their business district for cyclists. So they built a beautiful bike and pedestrian bridge. Then they painted it hot pink.

The ‘pathway of light’ opened in December 2015, and in the first two weeks it attracted over a thousand cyclists every day. The opening day was particularly special - the first tires rolling over the pink paradise belonged to a posse of children in shiny green capes.

2. The one through a river. Limburg, Belgium.

‘How would you like to immerse yourself totally in the pond landscape of the Wijers?’ asks the Limburg tourist board. If you’ve remembered your bike’s wetsuit, it’s easy. But if you and your bike would prefer to stay dry, Limburg have just built a 212m cycle path right through the lake, with the water at eye-level on both sides!

Limburg is already popular for cycling holidays. In fact, it was the first place to have numbered junctions along the 2000 km cycle route. How’s that for a claim to fame?

3. The glow in the dark one. Nuenen, the Netherlands. 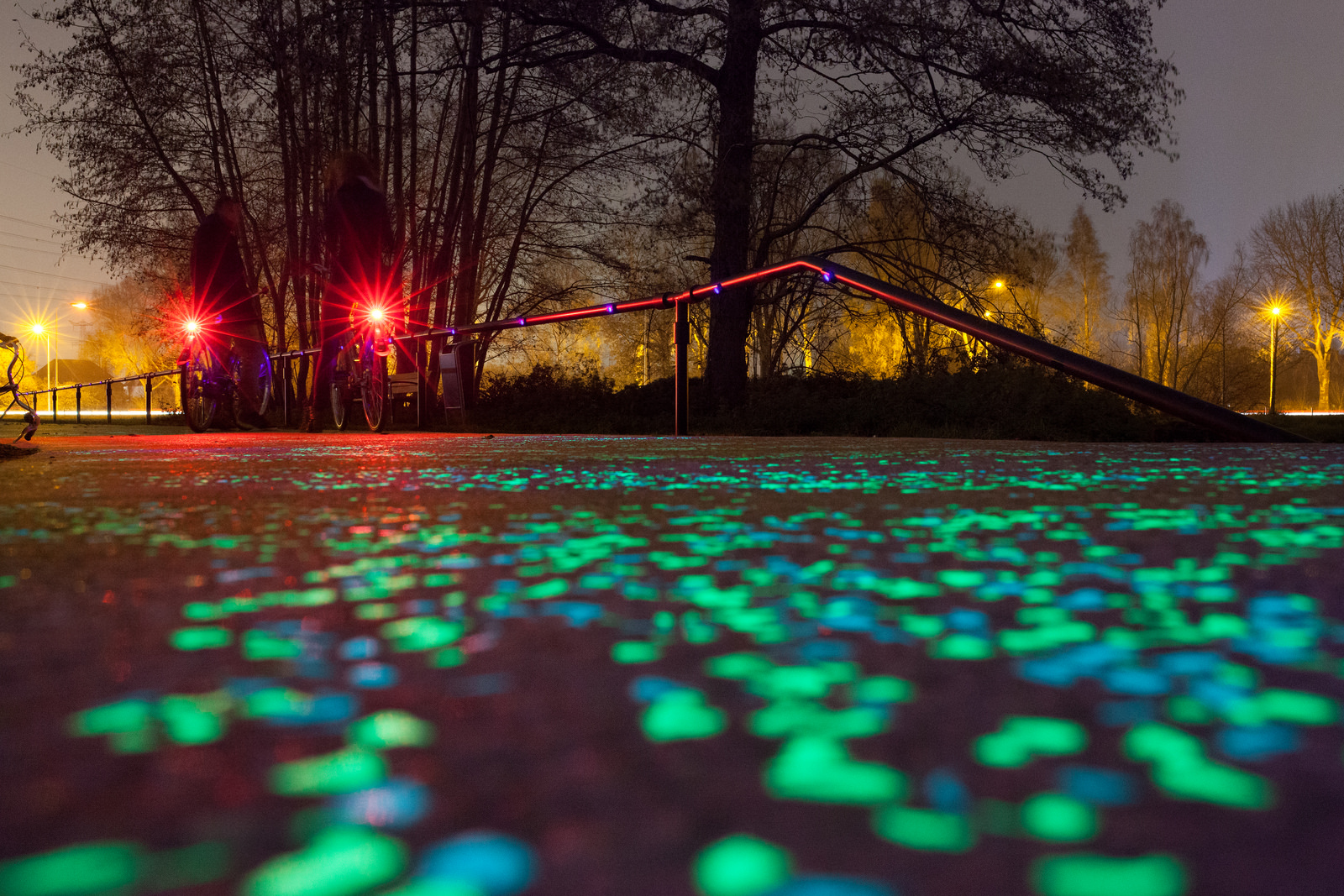 Remember those glow stars you had on your bedroom ceiling as a kid? In Nuenen, they’ve taken it to the next level with a glow-in-the-dark cycle path! Nuenen was once home to painter Vincent Van Gogh, and so it seemed fitting that the glowing stones be arranged to look like his painting the Starry Night.

The stones are covered with special glow-coating, which is charged up every day by a nearby solar panel. In case of a particularly dark day, there are also some LEDs around the edges of the path. It’s much easier on the eye than streetlamps, helping cut light pollution in the area.

4. The stripy genome one. Cambridge, UK.

This cycle path combines two of Cambridge’s favourite things: bikes and world-leading scientific research. It celebrates the work of the nearby Sanger Institute who, in 1995, discovered the BRCA2 gene. That really mattered because some versions of it can lead to an increased risk for breast cancer. You might know people who have been tested for it, or been tested yourself.

Along the 1.5 mile path there are 10,257 stripes in four colours, representing the genetic letters of the gene. At each end of the path there’s a sculpture of the DNA double helix - which Cambridge played a key role in uncovering back in the 1950s.

5. The city-wide one. Calgary, Canada.

Plenty of cities in North America have cycle lanes, but Calgary went full scale in one go. One June morning in 2015, they cut the ribbon on an entire network of segregated cycle paths in downtown Calgary - a first for North America.

What makes these paths especially awesome is the community support. The idea for the cycling network came from ordinary Calgarians who wanted safer cycling and they campaigned to make it happen. On the first day four times the usual number of cyclists hit the roads!