July 20, 2015
Daniel Jones
Beyond fracking, from Balcombe to Lancashire

In the summer of 2013, Balcombe - the picturesque village where I live in West Sussex - became the poster child for the struggle against fracking, when Cuadrilla tried to drill here. Now Lancashire County Council has rejected a bid by the same company that brought so much turmoil to our community two years ago.

I read this news as a great success as I know how much work would have gone into achieving this. This is the story of how a group of villagers decided to turn the dark cloud of fracking into a silver lining.

I moved to Balcombe in the late summer of 2012, it looked like a great place to bring our children up with good train links to my work in London and surrounded by beautiful countryside. What was not to like!

I had heard about fracking on the news prior to moving and I had looked it up on the Internet but was still slightly naive to the unrest that had taken hold of this once peaceful community.

The anti-fracking protesters arrived, setting up a makeshift camp at the side of the road as Cuadrilla rolled in the test drill rig. The atmosphere within the camp was like a festival with baking, banners, food and a real mix of people supporting the protest.

This would become a much more oppressive and sinister feeling when the police in full riot gear began to march alongside the lorries, moving anyone in their way. My daughter asked me the poignant question: "Whose side are the police on? I thought they are meant to help us."

There seemed to be a split in the village. The ‘F word’ became the unspoken topic in the local community club and unease would spread if it was so-much-as mentioned. Was this because we were scared to stand up to the dangers, or because so many of the community were employed by the Greenwood family which had allowed their land to be used by Cuadrilla?

The anti-fracking campaign in Balcombe was doing a great job, well organised with many volunteers, but there was still something missing. How could we stop fracking AND prove there are alternative ways to secure the energy we need?

This was the question put to the village at an open meeting held to anyone interested in starting a community solar project. The meeting was held at the village hall and around 50 people turned. After the meeting we asked anyone who was interested to stay. Those of us who did became the core ten volunteers at the heart of the RepowerBalcombe coop. 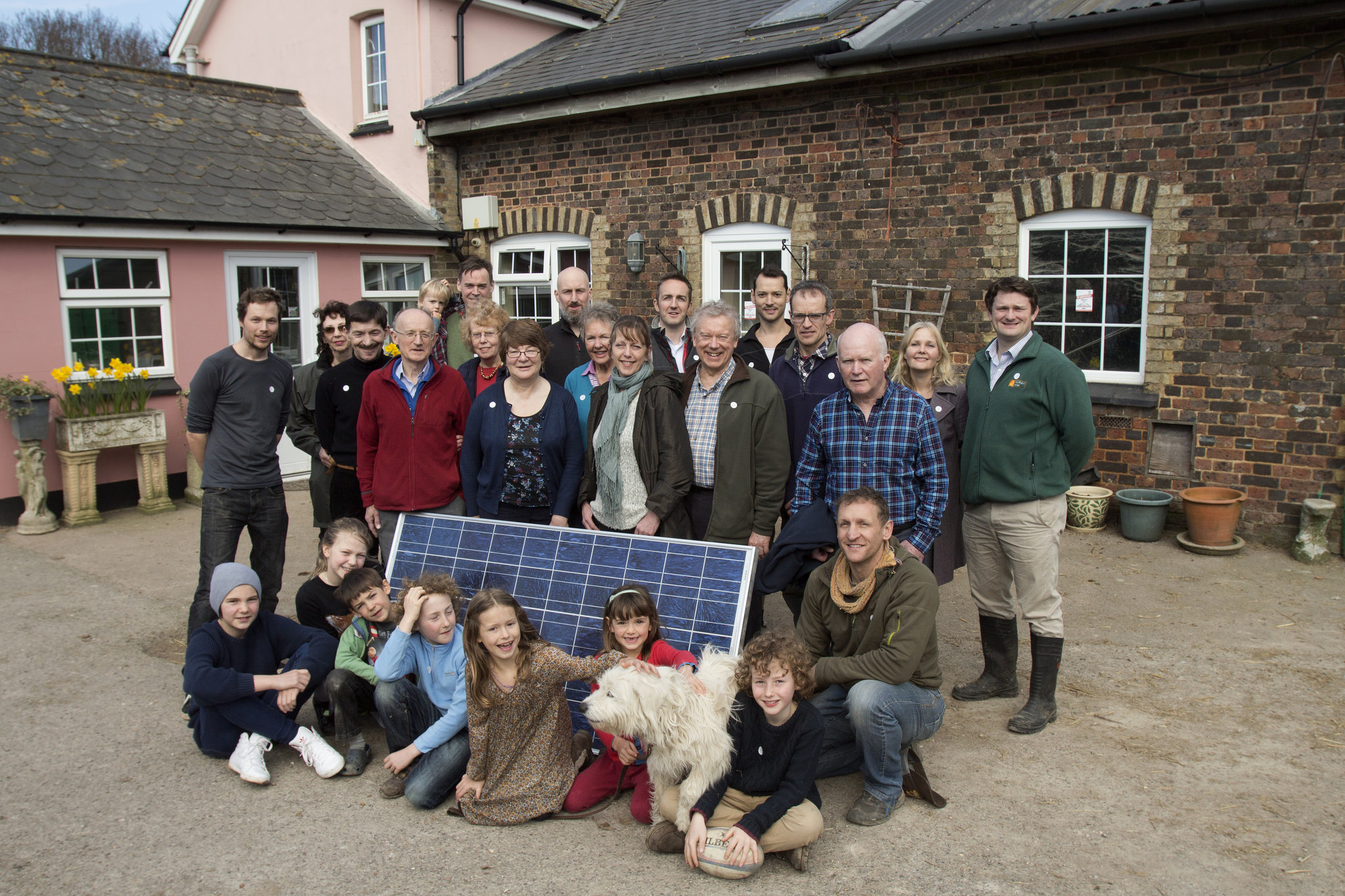 The range of skills in the group was varied, from pilot, to IT manager; gardener to teacher. On paper this didn't look like a slick team picked with relevant skills, but we managed!

We would meet up every 2 weeks with a clear objective: to power the equivalent of Balcombe's electricity usage using solar energy owned and produced by the community, and to put the profits made from the project into a community benefit fund. This fund would then be used to set up other green projects and to promote clean renewable energy.

Obstacles were thrown at us at each turn and all of us had to quickly learn how to navigate the complex worlds of government red tape and the bureaucracy of land owners, diocese and the local councils. We had to be tenacious and stay positive.

Our first site was successfully installed this January on a local village barn. The feeling of hard work and knock backs was replaced with a real sense of achievement. We can now happily say we have produced more energy for Balcombe than Cuadrilla did!

With another two local schools, including Balcombe Primary, set for installation in the next few months, the group is now well on the way to fulfilling our aim. We are also working on a much bigger local site that will not only power our village but also the next village on. 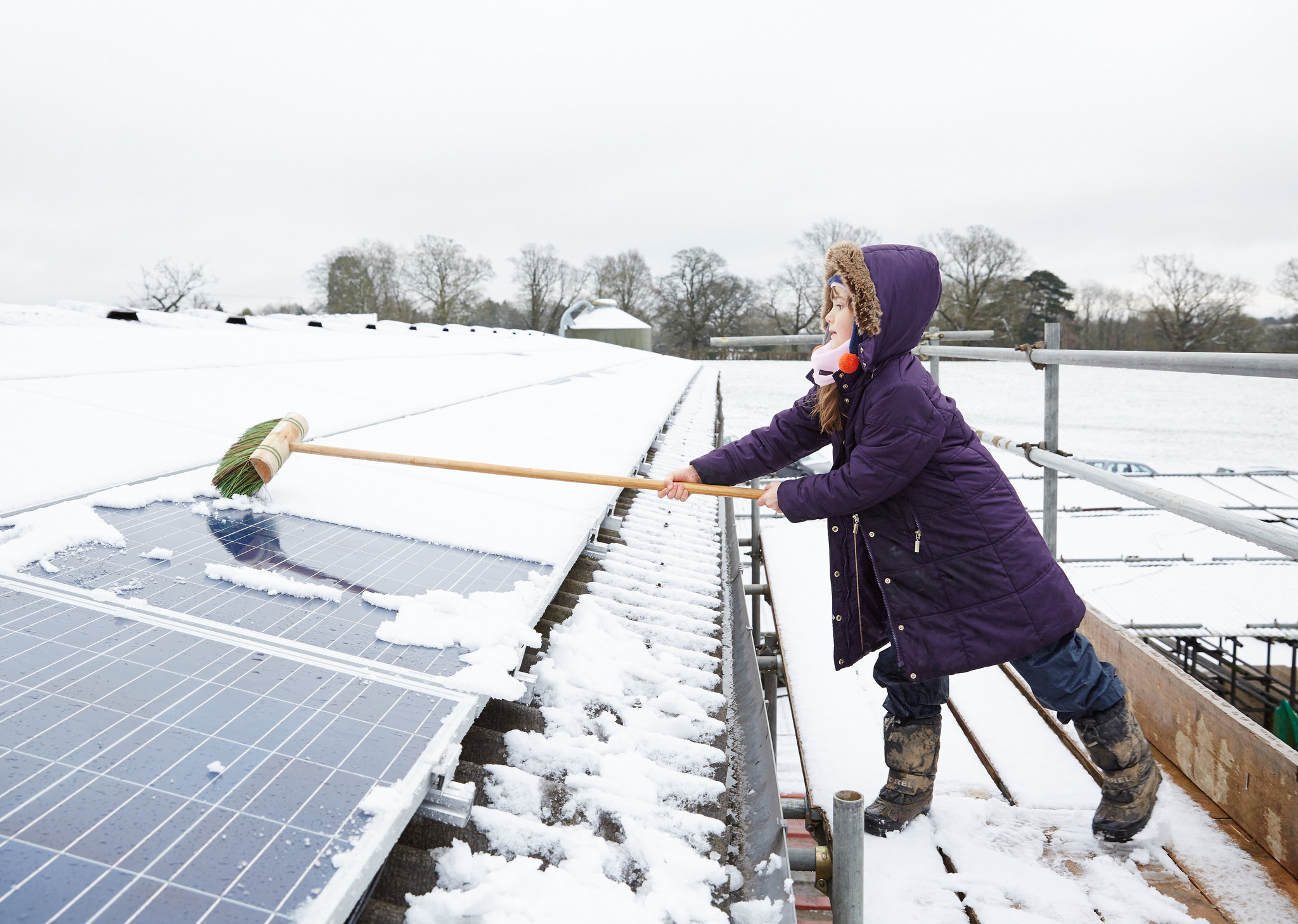 With other towns and villages being lined up as potential fracking sites, it is now time for communities to stand up and show the government and oil companies that we will not let them ruin our countryside and pollute our land.

Instead of a network of oil rigs and lorries, let’s join together and create a network of clean, renewable, sustainable energy, where profits go directly to the community, instead of the pockets of massive corporations. My hope is that RepowerBalcombe is just the start and that we will see RepowerLancashire, RepowerBartonMoss and many others beyond.

We have begun to unite the village in a positive way; precisely the opposite of what the oil and gas industry had done here before. People who I thought were pro-fracking were actually just pro-energy and needed to be shown the alternative. We have the power to make positive change, so get talking, host a meeting and help the renewable energy revolution take off in Lancashire, too!

Joe Nixon is a father, husband, restauranteur, and director of RepowerBalcombe. This was originally posted on the Greenpeace UK blog.