July 5, 2017
Esther Griffin
Why we tried to give Sajid Javid shares in a community wind coop

This morning we took a trip to Westminster with the lovely Awel Coop to give Sajid Javid, the secretary of state for communities and local government, shares in their community wind farm. 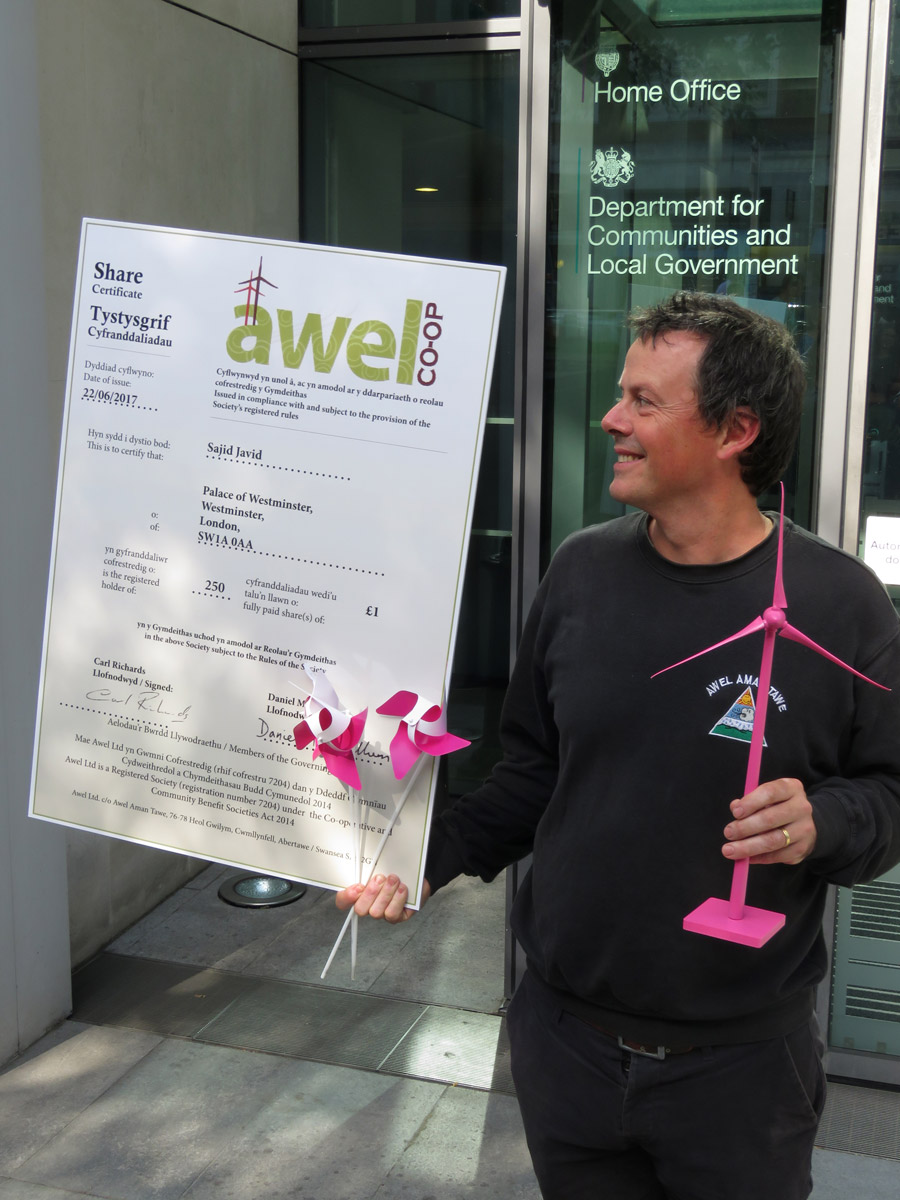 Why? Because the government’s using the planning system to strangle the UK’s onshore wind industry - meaning that community wind projects have ground to a halt.

So we decided to bring the benefits of clean, community-owned energy all the way from Awel’s wind farm in Wales right to the government’s door. And because we need the opposition pushing for better energy and climate policy as well as leadership from ministers themselves, we had some shares for Javid’s shadow in the Labour party too.

Community wind blows us away

Community wind projects have the potential to benefit communities across the country - not only do they help us tackle climate change, they reinvest their profits straight back into local development too. Awel Coop, for example, puts the money it makes from the wind turbines into tackling fuel poverty and supporting clean transport locally.

What’s more, experience from other countries such as Denmark, as well as polling data from the UK, shows that promoting community led and owned projects reduces public hostility towards onshore wind by putting control in the hands of the community.

But in 2015, the government quietly introduced two new planning rules that have effectively banned onshore wind in England - taking the cheapest and most established form of renewable energy away from community energy groups. 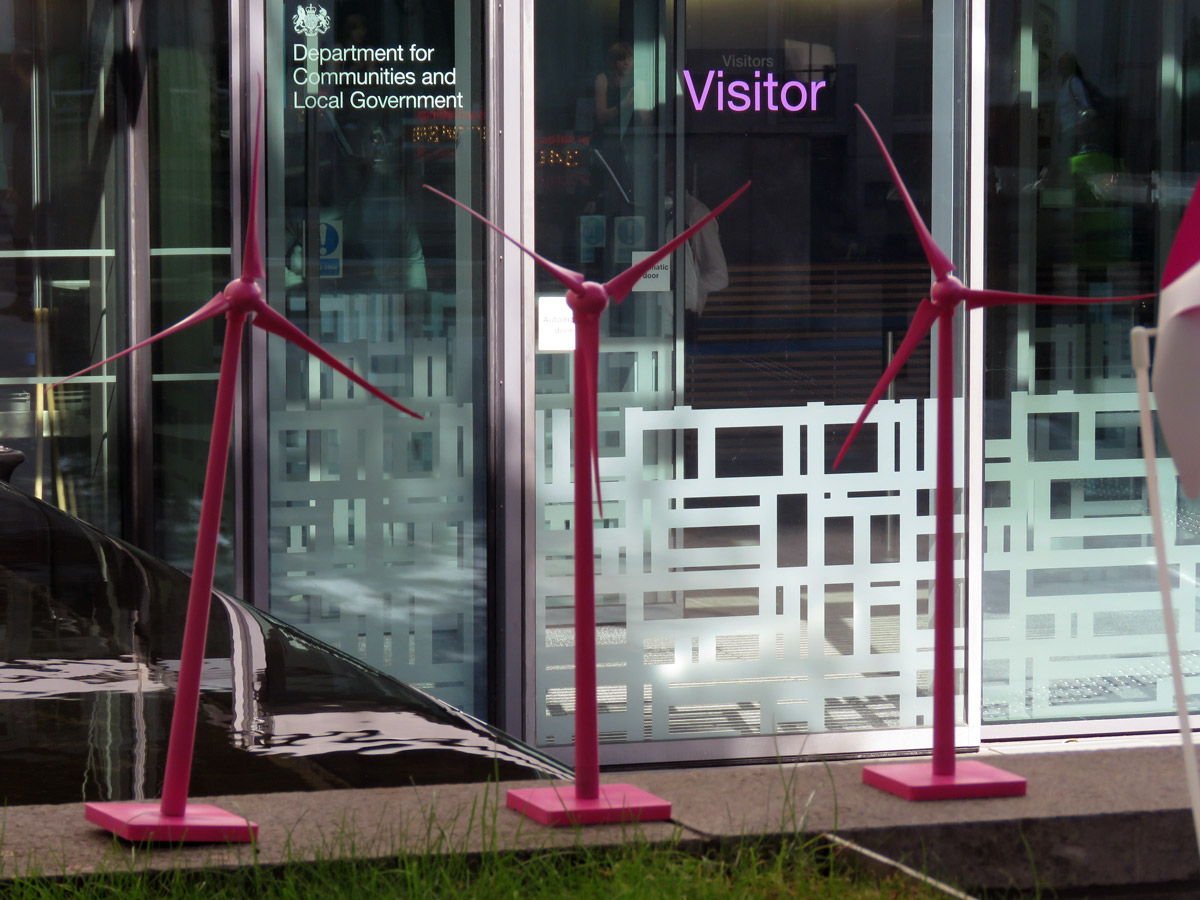 So how did the minister and shadow minister like their shares?

Labour’s shadow for energy and climate change, Alan Whitehead, was delighted to receive them, and is going to donate them to a charity of his choice. Not only that, he affirmed Labour’s commitment to challenging the government’s planning barriers and supporting communities to build wind energy across the UK.

Sadly the secretary of state, Sajid Javid, wasn’t quite so happy. He decided not to accept the shares, or to nominate a charity for us to donate them to. It seems the government’s not ready to wake up to the fact that they’ve banned the cheapest form of renewable energy in the windiest country in Europe.

So we’ll be donating the shares to a charity on his behalf. And we won’t be letting him off the hook - we’ll keep pushing for communities to have a better deal in the planning rules, so that people can choose clean, renewable power and reap the benefits of its generation.